Dancing in the Aisles

What if we established a federal holiday to celebrate the Bible?
Congress probably wouldn't go for it. It's not very politically correct.  But maybe some state governments would enact it, say, down here in the Bible Belt.  Everyone would get the day off from work, and we could sing and worship and parade around with our Bibles!
Wait a minute.  There's already a national holiday to celebrate God's Word.  (click here to read the full blog post)
Posted by Beginning With Moses at 9:27 PM

The Feast of Tabernacles is the only feast in Scripture for which God actually commands people to rejoice!  And to rejoice for an entire week!  In fact, a nickname for the feast is Zeman Simchateinu, "The Season of Our Joy." 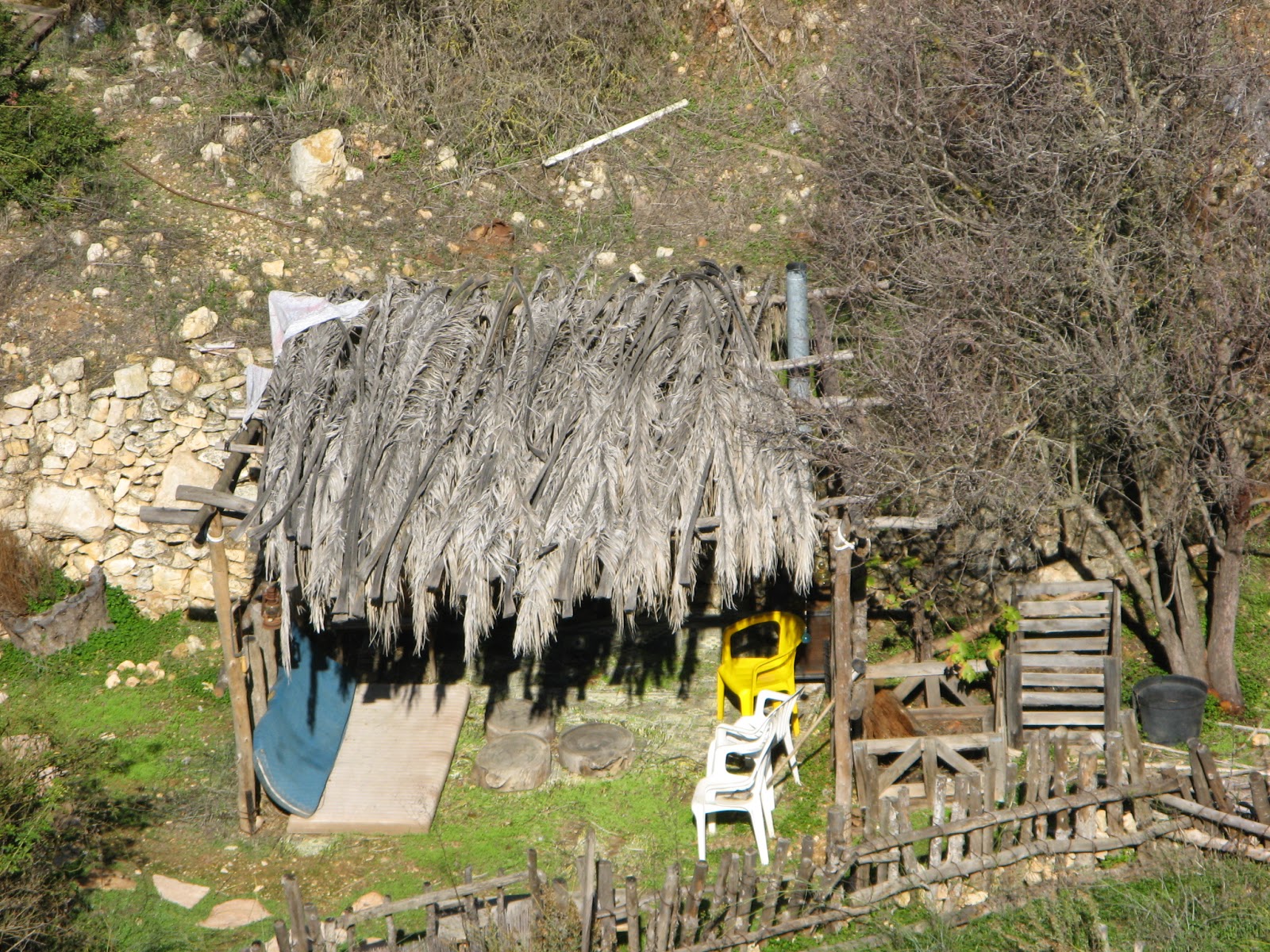 Certainly, other Old Testament feasts caused rejoicing. But the Feast of Tabernacles is the only one for which the Lord commands it.
And His people obliged. The rejoicing in ancient Jerusalem during this feast was beyond what we can imagine. The entire city was lit up by the light of just three enormous menorahs, or lampstands. They were so high that priests had to climb ladders in order to tend to the wicks. Live entertainment filled every waking moment that didn't involve worship. Even the famed Gamaliel was known for juggling flaming torches during the celebration!

"Speak to the people of Israel, saying, On the fifteenth day of this seventh month and for seven days is the Feast of Booths to the LORD...and you shall rejoice before the LORD your God seven days." Leviticus 23:34,40b ESV

So what is it about the Feast of Tabernacles that would require a week of exuberant rejoicing?  We can look to God's two other commands to shed light on this question.
First, the Lord told the Israelites to live in "booths" for the entire week. These were temporary, makeshift huts with roofs skimpy enough to see the stars through them at night. Living in these temporary tabernacles was intended to remind God's children of His protection and sustenance during their wandering in the wilderness.
God's other command was to celebrate with four specific types of vegetation from the land. Waving them in a special ritual - which is still done today - reminded the people that God alone provided their sustenance, even after they settled in the land flowing with milk and honey.
Live in makeshift huts. Shake some branches. And through it all, rejoice.
The message for God's children then and today is this: Rejoice in all things.
Whether you are wandering in the desert of life or reaping a harvest of blessings, rejoice. You can and you must. Not because times happen to be good, or because you're just putting on a happy face on the outside. We rejoice in all things because - either way - God is sovereign, God is good, and God is there.
God alone is our true shelter and Provider. If we place our trust in Him, nothing can ultimately shake our security. Not a pink slip or a diagnosis or a disappointment. This is how we can find joy in the wilderness and why we find joy in the bounty.
Again, I say, rejoice!
Posted by Beginning With Moses at 6:16 PM

The Israelites in the desert and the Jews in Jerusalem had to repeat the Day of Atonement sacrifice year after year after year. But Jesus, the final atonement sacrifice, was resurrected. That means that His atoning blood is eternal. Jesus’ death is alive. And so are His mercy and grace and pardon and restoration. His blood covers your sin and your brokenness just as powerfully and beautifully today, as it did the moment He uttered the words, “It is finished.”
Posted by Beginning With Moses at 10:29 PM 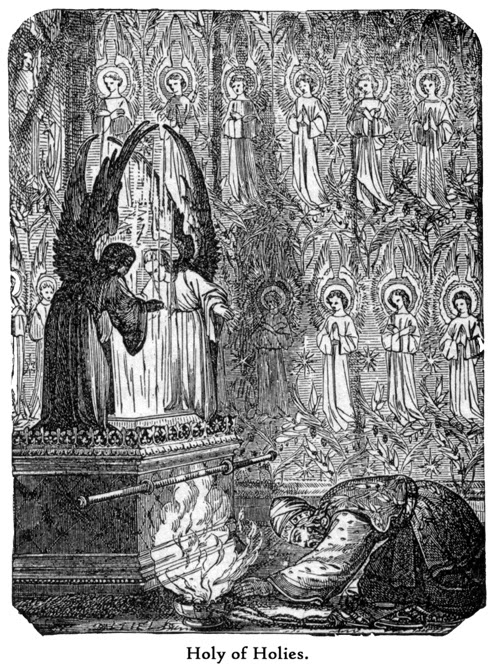 Yom Kippur, the Day of Atonement.  It's the holiest day on the Jewish, Old Testament Calendar… the one day each year when, at God's command, the high priest entered the Holy of Holies… the spiritual standing of the entire nation was at stake… (click here to read the full blog)
Posted by Beginning With Moses at 7:00 AM

The Wake Up Call

Have you ever heard the blast of a shofar?  The sound of a ram's horn is unlike anything you've heard before. It's both startling and beautiful at the same time.  to read the full blog post, click here
Posted by Beginning With Moses at 6:30 AM

For Such a Time as This

﻿ Last weekend was Purim, the Feast of Esther.

As I reflected on my childhood celebrations of Purim, my fondest memories are the costumed parades - a conga line of kings and queens and villains and heroes.

﻿﻿﻿﻿﻿﻿﻿﻿And it struck me: No one wanted to be Vashti.
﻿﻿Vashti was the disobedient troublemaker.  The one whose public banishment paved the way for Esther to win the king's heart and hand.

So when Jewish kids dress up every year for the Purim parade, no one wants to be Vashti. No one. I certainly didn't.


Why would I?  After all, the celebration of Purim is jubilant - a carnival complete with games and sweets and music and dancing. And a parade, where everyone dresses to the hilt like their favorite character from Esther's story.


The boys dress as Mordechai the hero, or Haman the villain. And - truth be told - there are always more Hamans than Mordechais. Sometimes it's fun to play the bad guy.


The more I study the Book of Esther, the more I admire Queen Vashti.


If you don't know or remember the story, let me fill you in:


After seven days of feasting and drinking, the king of Persia summoned his queen, Vashti, "in order to display her beauty" for his guests. She refused, and was deposed for her disobedience.


To replace Vashti, the palace held a beauty contest of sorts.  The king chose Esther as his new queen. Unbeknownst to him, she was Jewish, a child of those dragged into exile from Jerusalem.


Meanwhile, Esther's uncle Mordechai served in the king's court. One day, he refused to bow down to Haman, the king's right-hand man.  Infuriated, the egomaniac deceived the king into ordering the massacre of all Jews in the kingdom, unaware that this death sentence applied to the queen.


Mordechai privately implored Esther to do what she could to save her people, famously asserting that, "...who knows but that you have come to your royal position for such a time as this?" (Esther 4:14, NIV)


Esther resolved to approach the king uninvited - which, in itself, was tantamount to a death sentence.


Thankfully, when Esther approached the king, his heart was tender toward her.  Extending his scepter, the king spared Esther's life, offering whatever her heart desired.


In response, Esther invited her husband and Haman to a series of three banquets. Haman became puffed up, gloating over his repeated invitations to the royal table. Until, of course, he was outed as the villain during Esther's final banquet.


In the sudden turn of events, Haman was destroyed, the Jews were saved, and Mordechai was promoted to second-in-command.


It's an exciting story of love and loyalty, malice and murder, heartbreak and heroism.  And front and center is Esther:  the strong, beautiful protagonist who wins the king and saves her people. The kind of woman every girl wants to become.


Queen Vashti, on the other hand, is dismissed as a footnote amid hushed whispers and clucking tongues.


Vashti's one infamous decision reveals more about who she was than any victory could have.


Esther made the right, brave choice because she had to. Her life and the lives of her people depended upon it.


Vashti made the right choice simply because it was the right choice.  You see, historians teach that once the wine started flowing, Persian queens were to leave the king's table. The only women who joined the banquet after that were for entertainment purposes only.


And Queen Vashti, during what some believe was her coronation celebration, refused to be degraded in such a manner.  She refused to go along to get along.


No, an entire people group wasn't at risk. But the queen's integrity was.


And, as often happens in life, Queen Vashti wasn't rewarded for making the right choice. In fact, she was publicly punished for it.


But imagine if she hadn't stood up to the king's improper request. What if Vashti had agreed to be ogled by all the king's men?


She never would've been banished. And if Vashti hadn't been banished, there would've been no contest for Esther to win. And if Esther hadn't won the king's hand, a Jewess wouldn't have been on the throne to intervene when Haman ordered the massacre of God's people.


A woman of integrity was married to a foolish king for such a time as that.


(It must also be noted that the king greatly matured in the days after Vashti's banishment.)


Sometimes, our wise, brave choices bring success and salvation and accolades. Other times, they bring personal hardship. Both can be used by God to accomplish His greater plan.


The question for you and for me is whether we are willing to make the wise, brave choice simply because it is the right choice. To trust that whether the outcome is glorious or devastating, the One who judges justly has a plan for "such a time as this" that we will one day understand.
Posted by Beginning With Moses at 2:56 PM